Parkinson’s disease (PD) is a progressive neurodegenerative disorder that affects more than 10 million people worldwide. The symptoms of the disease worsen over time, and include shaking, difficulty walking, rigidity, and other debilitating motor and non-motor problems. PD is a particularly active area of stem cell research around the world and scientists are using stem cells to better understand the disease and to find potential new therapies.

What is Parkinson’s disease?

Parkinson’s disease (PD) is a common, chronic, and incurable neurodegenerative disorder of the brain. The disease is characterized by the death of specific brain cells (neurons) in many areas of the brain and especially at one critical site near the base of the brain (midbrain) in a structure called the ‘substantia nigra.’ Although it is suspected that this cell death is due to some combination of genetic and environmental factors, the underlying reasons for the death of these neurons, and the onset of Parkinson’s, is largely unknown. 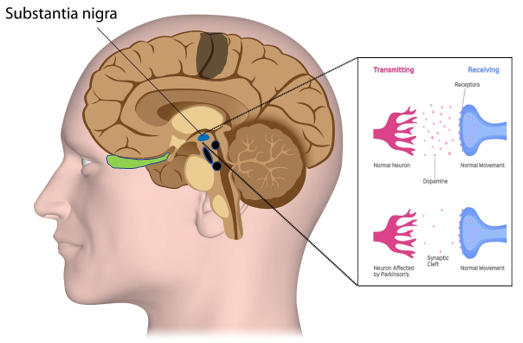 The adult human brain contains roughly 86 billion neurons. Neurons use small molecules, called neurotransmitters, as one way to communicate between themselves and transmit signals throughout the brain. However, not all neurons are the same, and different types of neurons use different chemical messengers to communicate with each other. In the case of PD, one major type of neuron that dies off in the midbrain uses a chemical called dopamine to communicate. It is the absence of these neurons and the dopamine chemical signals they produce that leads to some of the major features in PD patients, most notably slowness and stiffness of movement. Symptoms become progressively worse over time as more of these cells die off as well as cells at different sites in the brain, and eventually include a resting tremor, problems with walking, a range of non-motor problems, and dementia in about 80% of patients 20 years after disease onset. More information on the symptoms and disease progression can be found at the Parkinson’s Disease Foundation website.

How is Parkinson’s disease currently treated?

Since many of the major features of PD are caused by the loss of neurons that release dopamine, treatment focuses on replacing dopamine or imitating its effects with drugs that mimic its actions (such as L-dopa or dopamine agonists) that have produced great clinical benefit since the 1960s. However, over time these drugs create significant side effects of their own, including erratic motor responses and involuntary movements (dyskinesias) as well as neuropsychiatric problems. Thus, these drugs, which need to be consistently taken, create problems that ultimately may be as problematic as the disease they are being used to treat.

For later, more advanced stages of the disease, invasive deep brain surgical stimulation may also be used, but is not without risks, and, like the pharmaceutical options, may offer only temporary symptomatic relief.

How are we using stem cells to understand and treat Parkinson’s disease?

Stem cells are being used in multiple ways to understand the disease process and find new ways to potentially treat PD. By using stem cells in the lab to either (1) model the disease by studying the affected neurons under the microscope or (2) make healthy neurons to transplant into patients to replace the cells lost to the disease, stem cells are helping scientists discover new clues about how the disease is triggered and how it might one day be treated.

Modeling PD in the lab

Neurons are difficult to study within the brains of living people, and they cannot be extracted and grown in the lab for research purposes. Based on a Nobel prize-winning scientific breakthrough from 2006, scientists have another way to study neurons from patients. Cells from the skin or blood can now be reprogrammed to an embryonic-like state, called induced pluripotent stem (iPS) cells, which are then capable of becoming any cell type in the body, including neurons of the brain. For example, blood cells taken from a patient with PD can be reprogrammed into iPS cells in a lab. Those cells can in turn be made into a virtually unlimited supply of dopamine-producing and other types of neurons that can be closely studied by scientists.

Since these cells have the same genetic makeup as the patient, they can exhibit the same disease-processes as the cells in the patient. By comparing the development of iPS cell-derived neurons from PD patients to those from healthy individuals, researchers are studying what goes wrong in PD neurons, and what genes may be involved in the development of the disease. Scientists can use these neurons to further understand disease progression as well as discover new drugs that might be effective at delaying or reversing the disease.

Stem cells are therefore allowing researchers to model and study neurons from PD patients in the lab to identify the genetic and environmental causes of PD with a goal of better understanding how to prevent or treat the disease. However, while exciting, this modelling is still in its early stages and is not yet able to accurately replicate all aspects of the disease.

Stem cells as a source of healthy neurons to treat PD

There is strong evidence to suggest that replacing the dopamine-producing neurons that die in the midbrain could significantly help PD patients. Implanting newly generated dopamine-releasing cells in the brain of patients with PD at the site where dopamine normally signals may give a clinical response that is equivalent to that seen with dopamine drugs, with the advantage that the grafted neurons would release dopamine in a physiological way at the site where it is needed, and by so doing should avoid the side effects seen with the drugs.

Beginning in the 1980s, attempts have been made to repair the PD brain using dopamine-producing cells, the most successful attempts being transplants of dopamine cells from fetal tissue. These cells, when grafted into patients with PD, can survive long-term in large numbers, release dopamine, integrate and function in the host brain, and significantly improve PD for years. This approach, while demonstrating proof-of-principle, however, was found to have technical, logistical, and quality control issues, mostly due to the fetal cell sources: inconsistent or poorly-defined cells, undesirable side effects in some trials, and policy issues in the U.S. around the use of fetal cells. Therefore, a more standardized source of dopamine cells is needed.

Over the last 10 years, technologies and protocols have evolved to the point that a virtually limitless supply of midbrain dopamine neurons can now be made from both embryonic stem and iPS cell sources which show good survival in animal models of PD and demonstrate functional benefits. This work has now progressed to the point that first in-human clinical trials are beginning to take place. 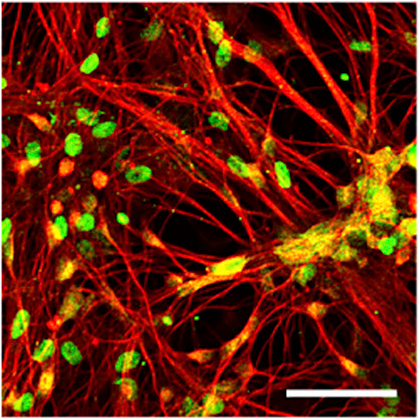 What is the clinical status of cell-based therapies? (updated fall, 2018)

The first in-human clinical trials using iPS cell-derived dopamine-producing cells were approved to begin in Japan in August 2018, and trials in the U.S. using embryonic stem cell-derived neurons may start in late 2018 or early 2019. In Europe, similar work is likely to enter human trials for the first time around 2021. Trials in Australia using a non-embryonic stem cell source began in 2016, but issues relating to aspects of this trial have been raised, including the origin of the cells, the type of cells transplanted, and the availability and transparency of pre-clinical data.

A number of research groups are working together to understand and find potential cures for PD, and their global alliance is at the forefront of several of the experimental stem cell-based trials currently underway, including those in Japan, the U.S., and Europe. Such international collaborations can be important in accelerating research and coordinating tests for safety and efficacy of new potential cell-based PD therapies.