"It's like witnessing a funeral," a spectator whispers as the Tasmanian artist Lucienne Rickard chafes a rubber eraser against a pencil portrait of the swift parrot. This critically endangered bird migrates between southeastern mainland Australia and Tasmania, where it breeds. Rickard has been drawing and then erasing meticulous replicas of extinct and threatened species to alert viewers of the ongoing assault on Earth’s biodiversity (Figure 1). Even the loss of a single species like the swift parrot can leave a large void in nature. Beyond the parrot’s majestic beauty, migratory birds have been shown to promote biodiversity by transporting nutrients and other organisms, coupling otherwise disparate communities, and influencing the genetic mixing of the resident populations. If nothing is done, its foreseeable extinction will upset the balance in the forest ecosystem in which it dwells.

Figure 1: In the series “Extinction Studies,” Lucienne Rickard draws realistic, large-scale images of endangered and extinct species, and then erases them to represent their loss. Using the same piece of paper, the remnants and impressions of the previous species can be seen under the new sketch. Shown here is the Caribbean Monk Seal, now extinct after humans exploited them for their skins and oil and decimated their food source by overfishing. Credit: Lucienne Rickard, Extinction Studies project at Tasmanian Museum and Art Gallery, supported by Detached Cultural Organisation. For more information, please see the artist’s Instagram account: @luciennerickard.

Many other species are facing eradication as the Earth undergoes its sixth mass extinction. In the past century alone, we have lost the same number of species that would typically have gone extinct over the course of about 10,000 years. Human behavior, including habitat degradation, pollution, factory farming, and animal exploitation, has led to calamitous changes to the natural world that have accelerated the extinction rate by 100 times or more, causing a rapid decline of biodiversity. Human innovation and changes to behavior, however, can slow down this annihilation of species through conscious environmental preservation, and surprisingly, stem cell research.

The role of stem cell research in species conservation is best exemplified by efforts to save the beloved rhino, whose populations have been driven to the brink of extinction by illegal poaching. Loss of the rhinoceros would jeopardize the grassland habitats of Africa and Asia where these megaherbivores play key roles in shaping the earth and vegetation upon which many other species depend. The most pressing case is that of the Northern White Rhino, which at present, has only two known living individuals left in the entire world, both infertile females (Figure 2). Because previous attempts at breeding this species in captivity were unsuccessful, researchers are currently using assisted reproductive technology and novel stem cell techniques to try to save this species. 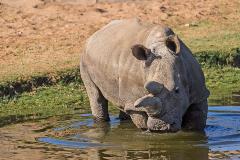 Figure 2: Nola, the last Northern White Rhino in the United States, died in 2015 but her cells live on in the form of induced pluripotent stem cells made by researchers from the San Diego Zoo Institute for Conservation Research, USA in collaboration with the Scripps Research Institute, USA. Photo credit: San Diego Zoo Global.

The supply of eggs, however, is very limited and additional methods are needed. Scientists have therefore turned to stem cell research to try to create additional Northern White Rhino embryos, which could eventually help create a self-sustaining population.

In a landmark study in 2006, researchers determined that they could take a skin cell in the body and revert it to a stem cell state by cellular reprogramming. This creates what are known as induced pluripotent stem cells (iPSCs), which can give rise to all of the cells in an organism. The first Northern White Rhino iPSCs were reprogrammed in 2011, and today, there are iPSCs from 12 Northern White Rhinos, eight of which are not related. This is important for establishing genetic diversity and maintaining a healthy population. With this method, a single rhinoceros skin cell could be all we need to produce new rhinos.

In order for iPSCs to be used in conservation efforts, researchers must figure out how to directly convert iPSCs into embryos, or coax them to produce mature sperm and eggs for IVF. Both methods are currently being studied in mice. Once perfected using mouse iPSCs, the protocols will have to be adapted for the rhino. Until this time Northern White Rhino iPSCs can safely be maintained in the laboratory where they will be readily available once science advances. Successful creation of iPSCs from the Northern White Rhino jumpstarted efforts to preserve other endangered species using stem cells, including the Sumatran Rhino, estimated at fewer than 80 in existence.

Cellular reprogramming can be performed on virtually any cell from any species. This technology is therefore as applicable to extinct species as it is to endangered ones, as long as a viable cell is still available. The Frozen Zoo® in San Diego, CA, USA, a frozen tissue bank, has already preserved cells from more than 10,000 individuals representing 1,000+ species. With this in mind, scientists have begun research on reviving ecologically important extinct animals such as the passenger pigeon (a migratory bird like the swift parrot) and the wooly mammoth (a megaherbivore like the rhino).

The preservation and revival of species still relies, however, on the conservation of habitats in which they can thrive. We must act to protect the environment and the species that we still have, and hopefully humanity can thrive in a world where parrots still sail the skies and rhinos still roam the Earth.