Genome editing, the purposeful modification of the DNA sequence in a cell, has played a central role in biomedical research for several decades, allowing scientists to study the function of genes and the proteins they encode, to identify genetic causes of disease and to develop better ways to treat them. There are many efforts underway in clinical trials that use genome editing approaches, for example, gene and cell therapies to correct inherited immune deficiencies or to treat cancer.

In the past few days, you may have heard about new research describing the editing of the DNA sequence in human embryos. The research under discussion is the first published account of scientists making changes to the sequence of the DNA in human embryos. The researchers did not attempt to generate a baby; indeed, they used faulty embryos that were not able to develop further. But had an embryo been healthy and implanted into a woman’s uterus, the genetic changes would have been present in every cell in the baby and passed down to future generations.

This new research raises critical scientific, social, legal and ethical questions to be addressed by all of us. Can this be achieved safely? What, if any, applications would we as a society consider appropriate?

The International Society for Stem Cell Research (ISSCR) and other scientific groups called earlier this month for a moratorium on the use of genome editing technologies in early human embryos (or egg and sperm that are brought together) with the intent to generate a baby, to allow for more extensive analysis of the potential risks and for broad public discussion.

Here’s what ISSCR President Rudolf Jaenisch had to say in TIME.com. 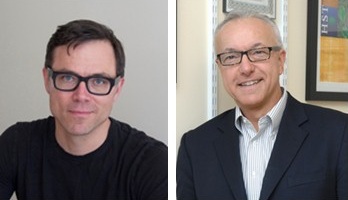